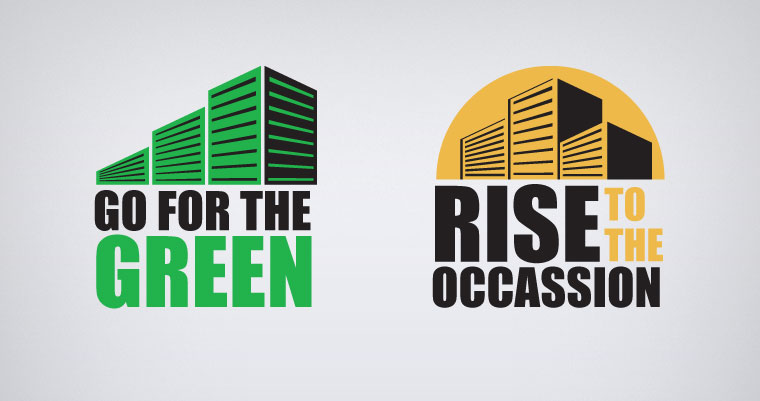 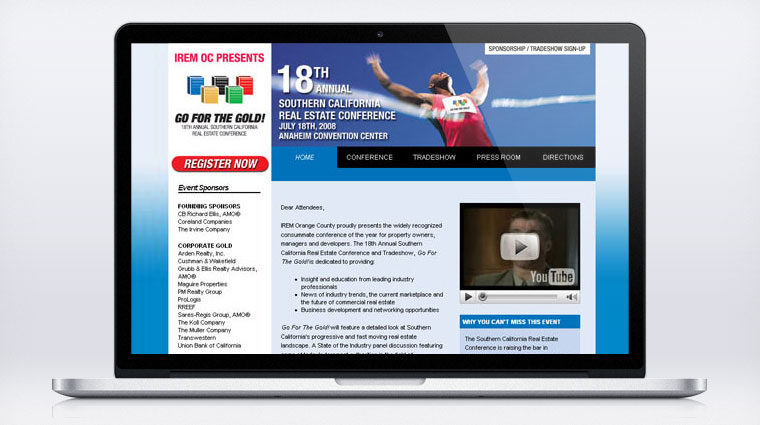 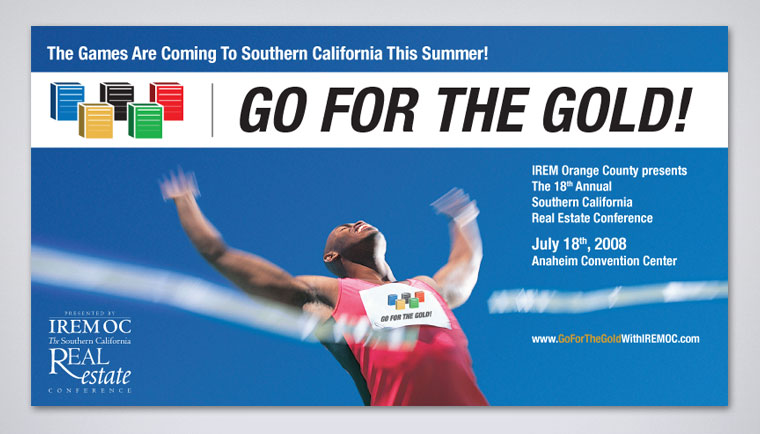 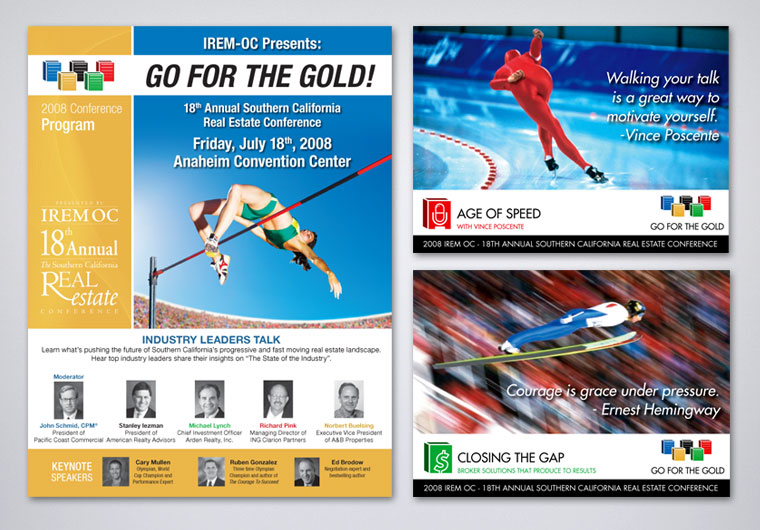 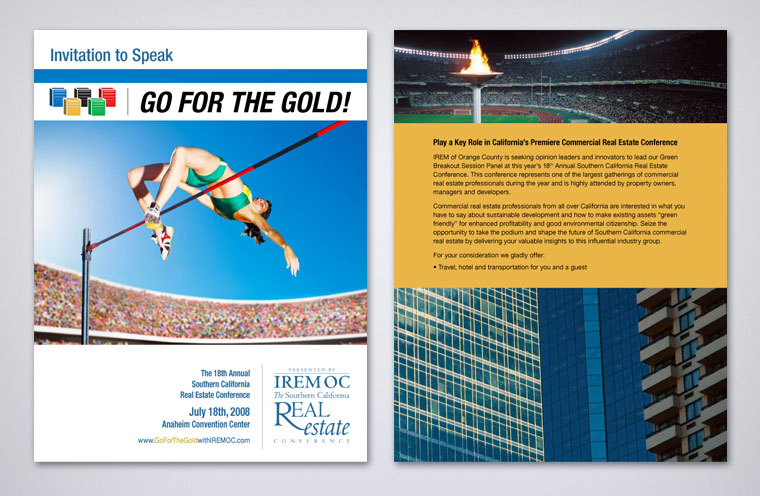 When LiveWire Marketing won the account away from a long time incumbent agency the event’s attendance numbers were starting to dip and interest in the event was waning. In its eighteenth year and under the stewardship of the previous firm, the event had lost some of its freshness and excitement. The general feeling was that many attendees were attending the event because they always had and not because it had something new to offer.

Every aspect of the conference and tradeshow were audited in the search for improvement. Building off the excitement of the 2008 Summer Games, an Olympic theme was created. Shown here are some early concepts in the theme’s development. The final conference logo was a representation of the Olympics rings with a commercial real estate twist.

Olympic Games have a unique graphical communications system. I directed our design team to emulate this concept by creating a set of icons to represent the day’s happenings.

A conference website was created with a section with online registration for attendees and an informational section for prospective exhibitors and sponsors.

Specialized brochures were developed to aid tradeshow booth and sponsorship sales, an approach not used in previous years. I selected relevant Olympic speakers to provide breakfast and keynote presentations.

Over six hundred attendees packed the Anaheim Convention Center venue to take part in this annual conference and tradeshow, an increase over previous years. Registration outpaced the previous year in every week leading up to the event as many signed up early to ensure they could attend the limited space event. The majority of the vendors at the tradeshow took the Olympic Theme and related it to their brand. The event was high energy with many of the attendees, exhibitors and sponsors saying that the event was better than it had been in years.